It is not new that app developers tend to show some personality in their release notes (I am really curious how many “regular, non-nerds” read those anymore). However, I saw a few awesome examples of app developers taking extra care about their craft and showing some love in release notes. All these apps were updated in the past two days, and all this awesomeness got me excited enough to write a post about it, after a long hiatus! That is how excited I got! 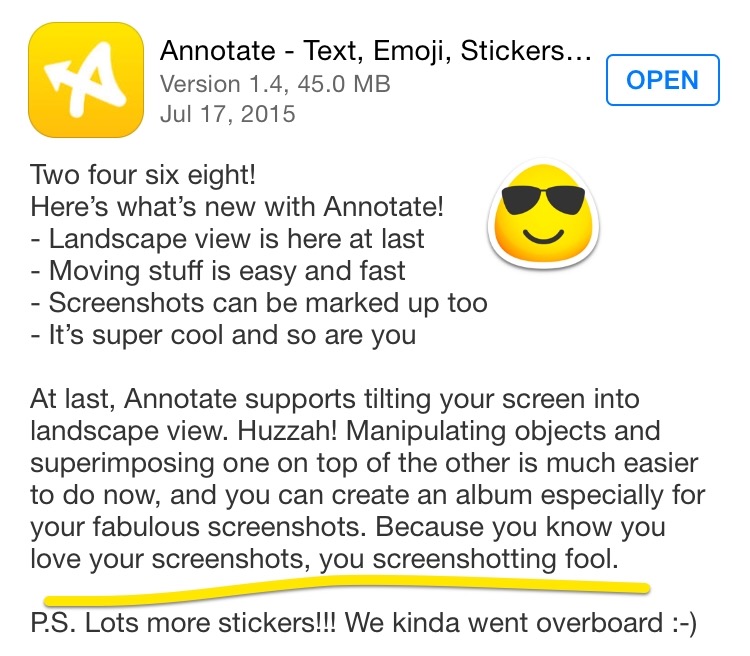 The Medium app seizes your attention by starting on a somber note. Very creative. 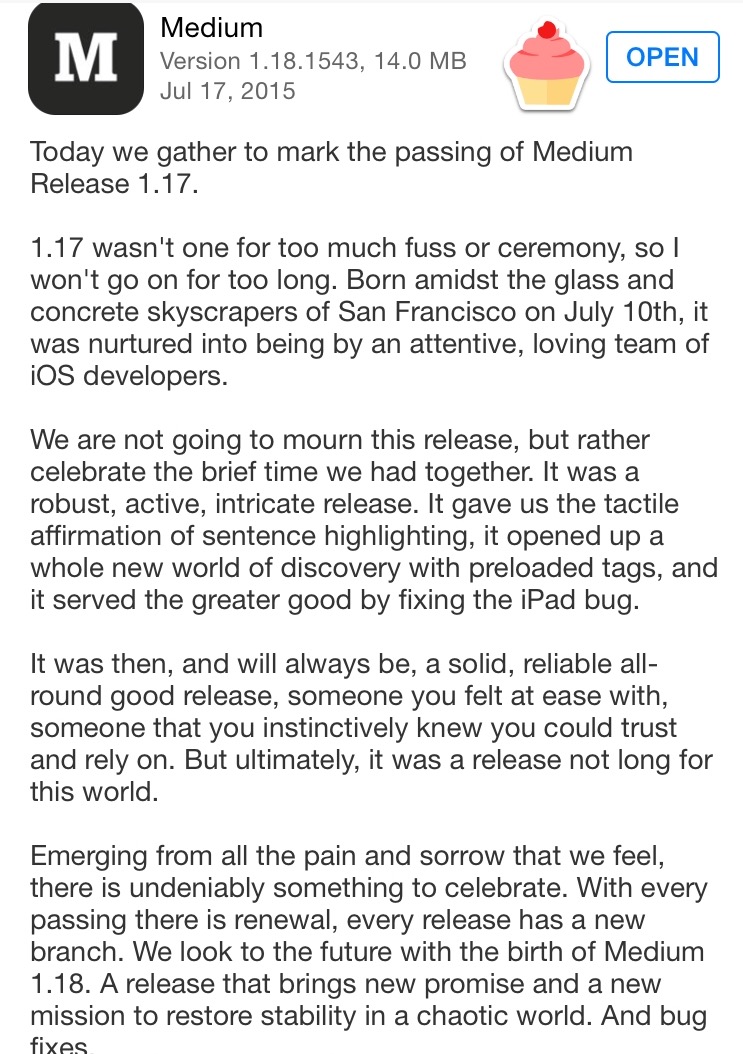 Slack, making an awesome reference to Hitchhiker’s guide (and yeah, how come there is no :towel: emoji) 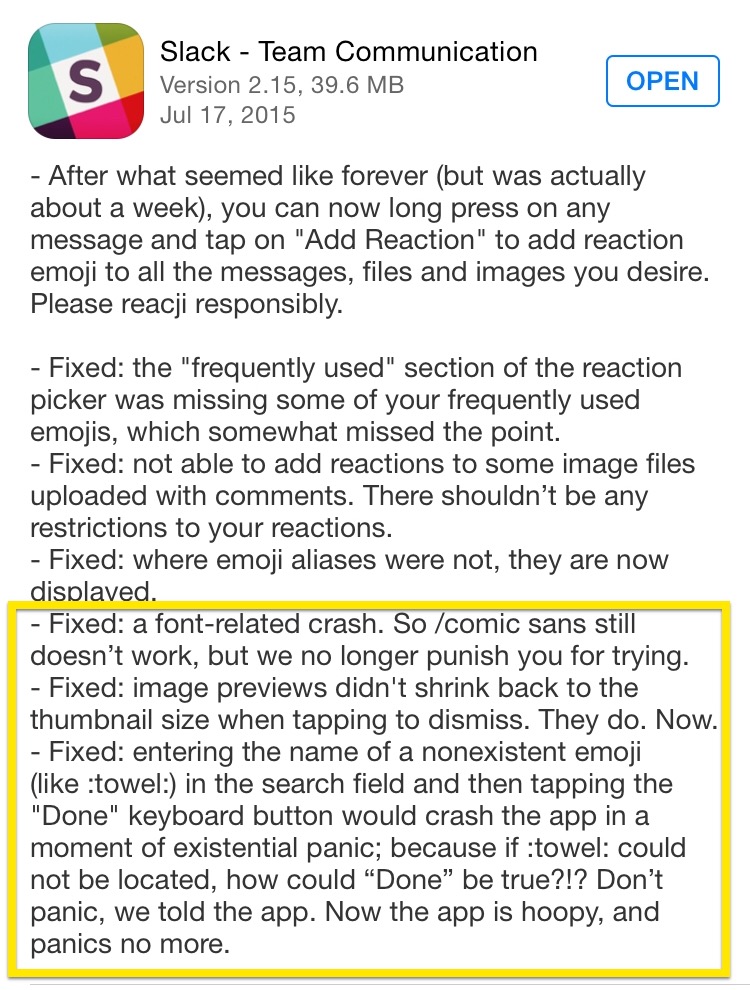 Overcast, with a short and sweet reference to bugs in iOS 9 and Dark Sky having a talk with charts that wobble. 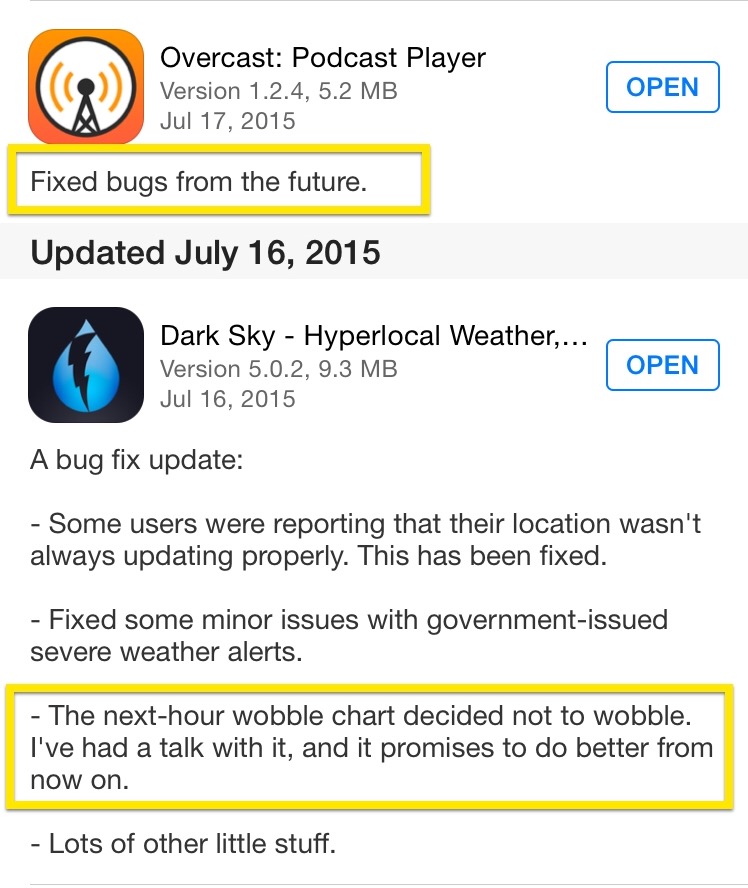 Yelp (which continues to be awesome, I had called them out for awesome release notes way back in May 2011) 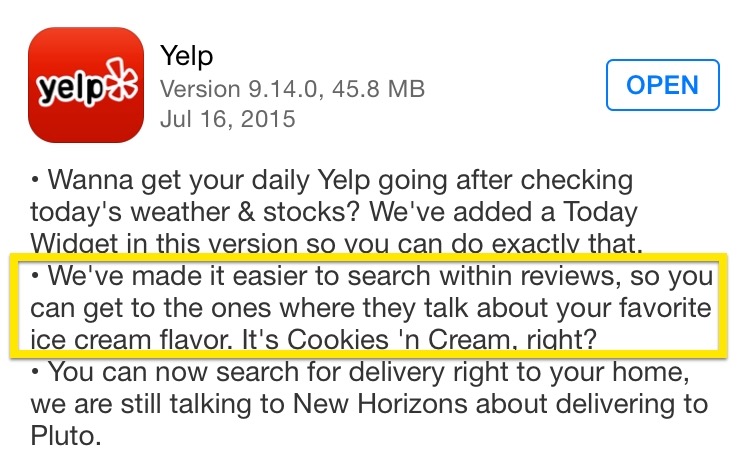 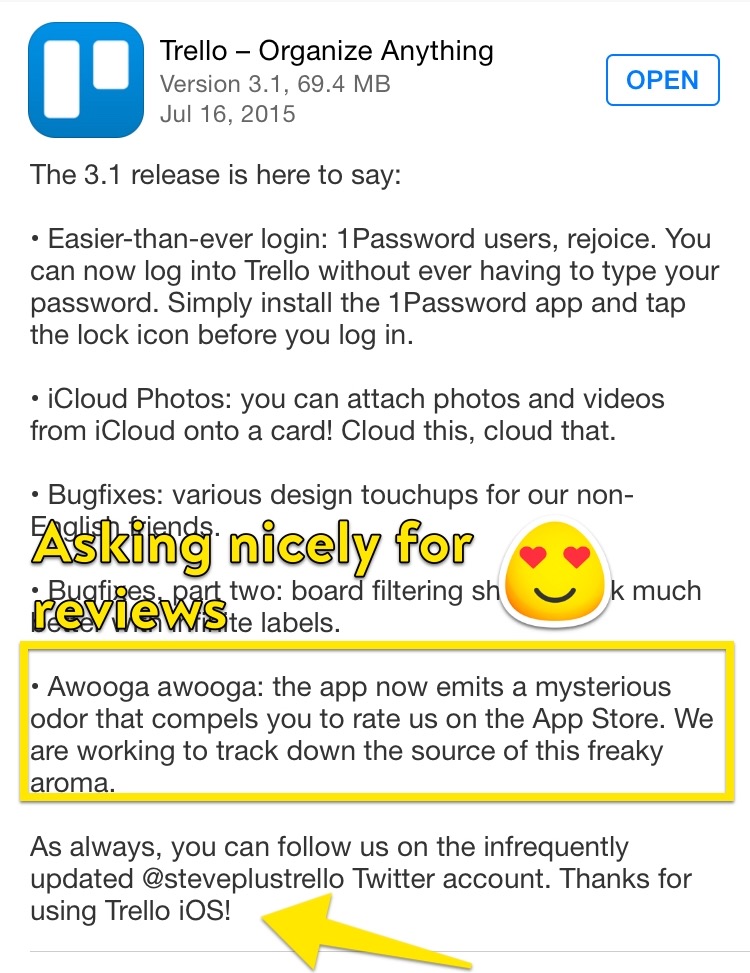 It is also nice to see people asking for reviews nicely in release notes, as opposed to interrupting the user’s flow inside the app. In a world of auto-updates, If a user is interested enough to read your release notes, they are quite likely your more engaged users, who are arguably more likely to take the time to leave a review for you. (or atleast tweet about it).

Do yourself a favor. Get the @hubspot app just to read app update notes. #humperdink #wtf?!😊 #INBOUND13

Winter May be coming?

If you haven't talked to a customer today, you are doing it wrong